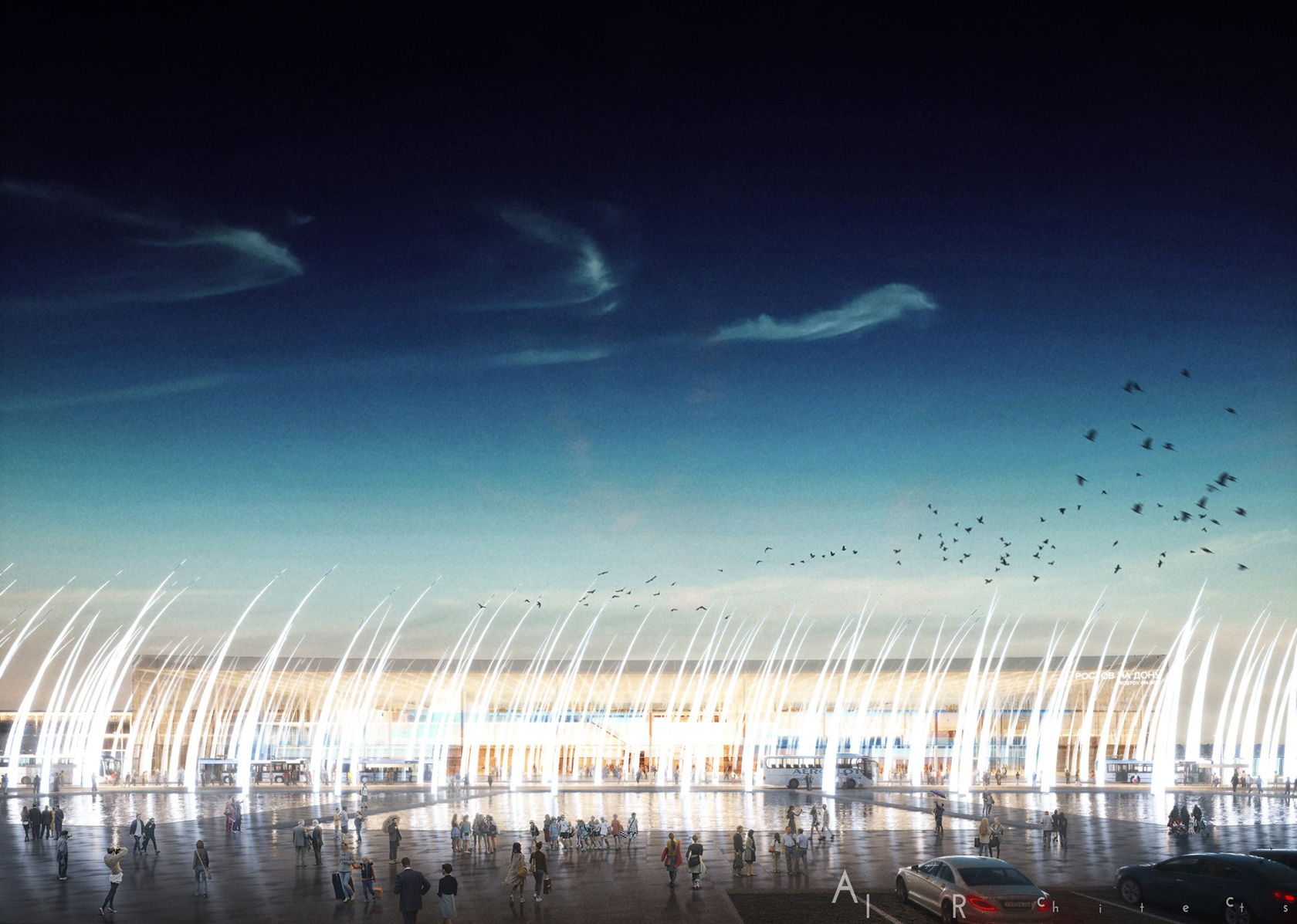 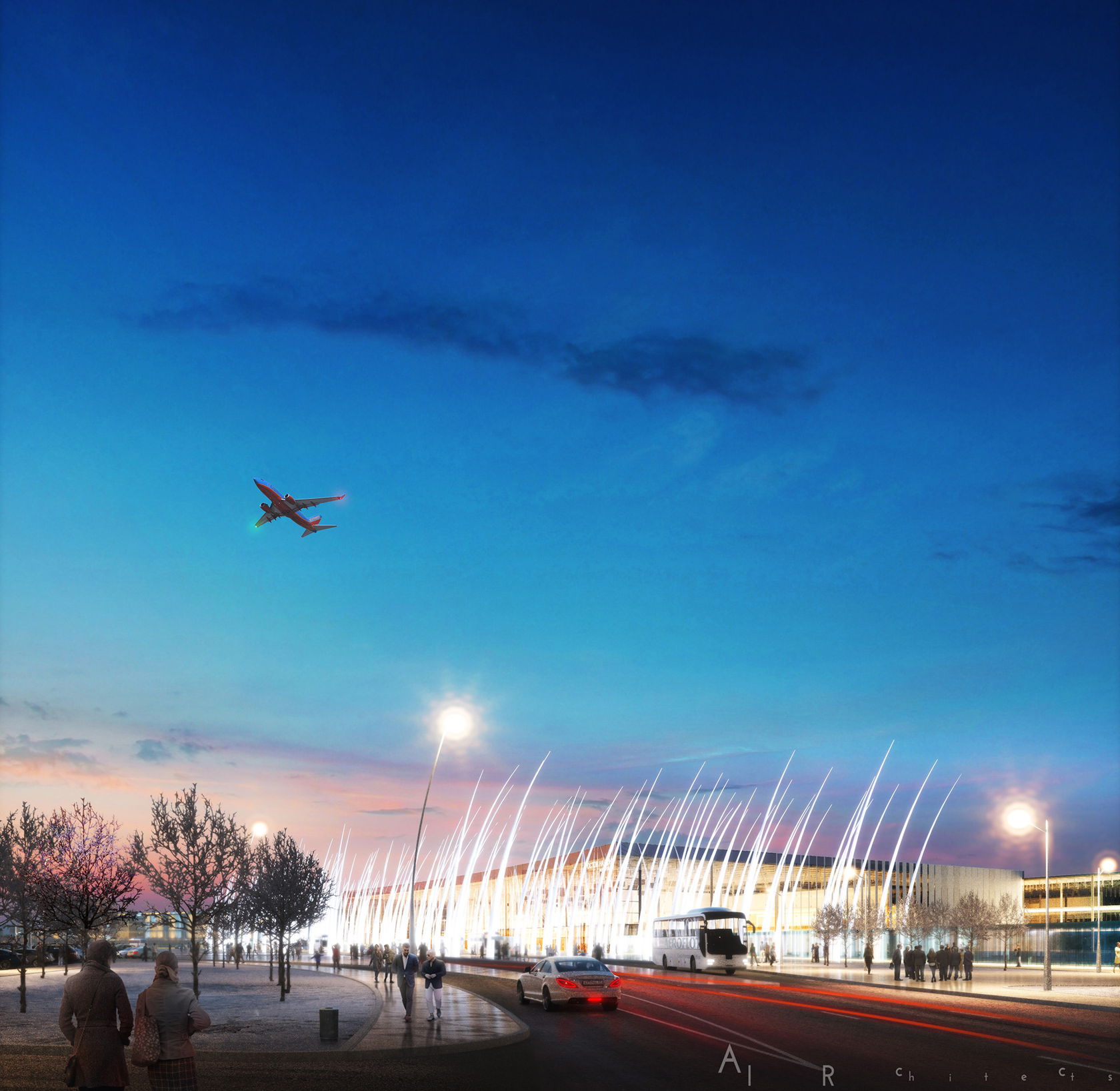 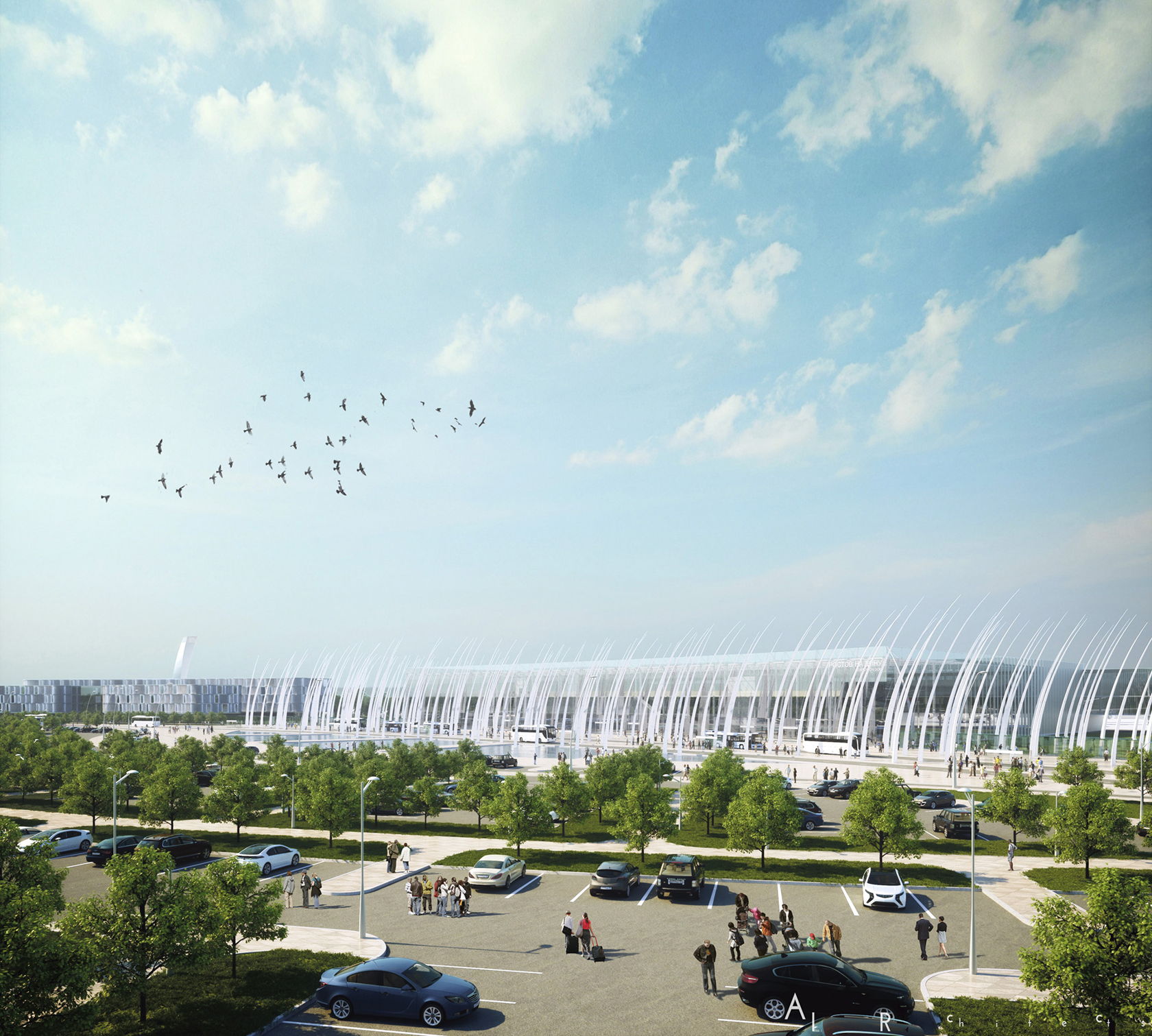 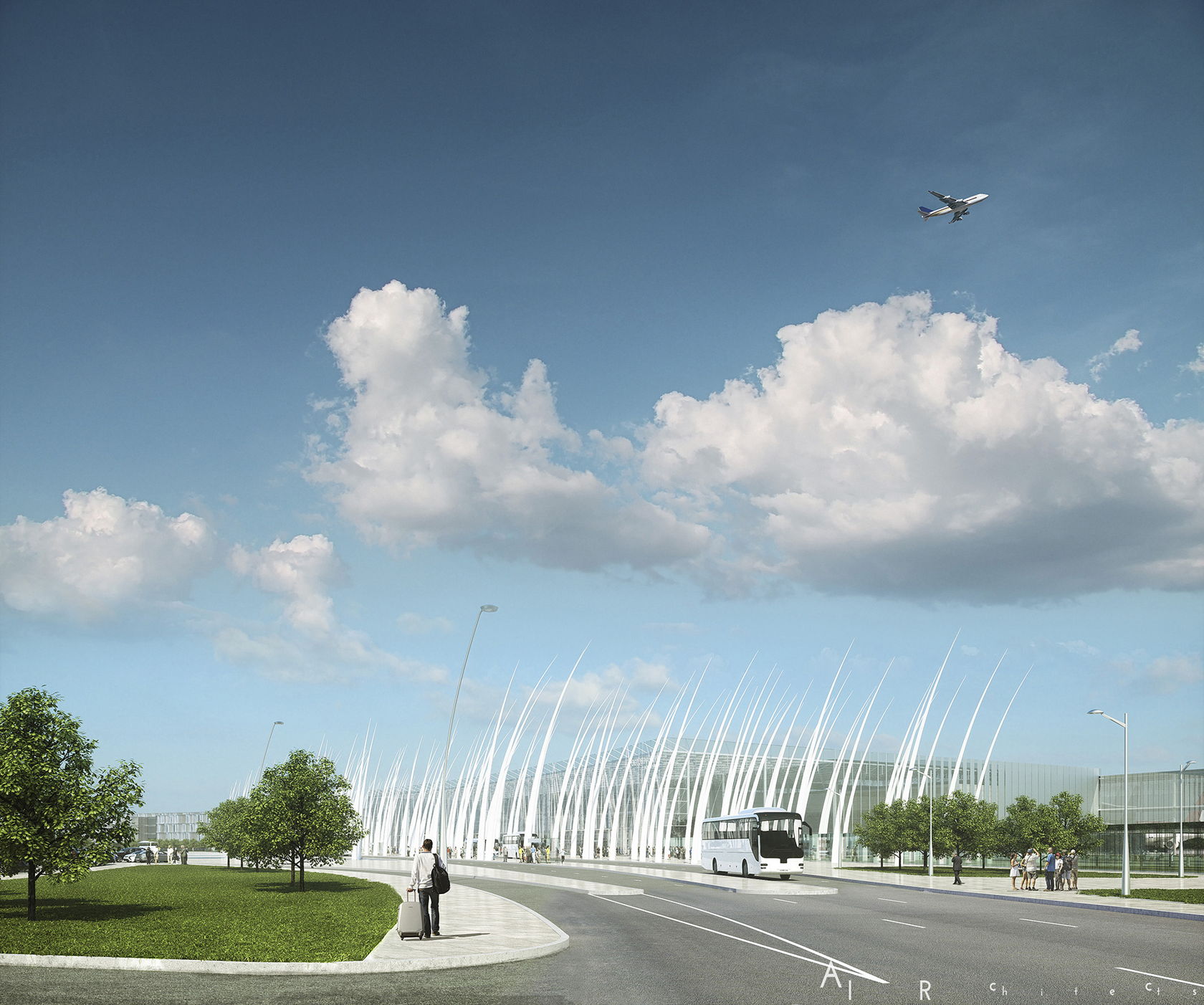 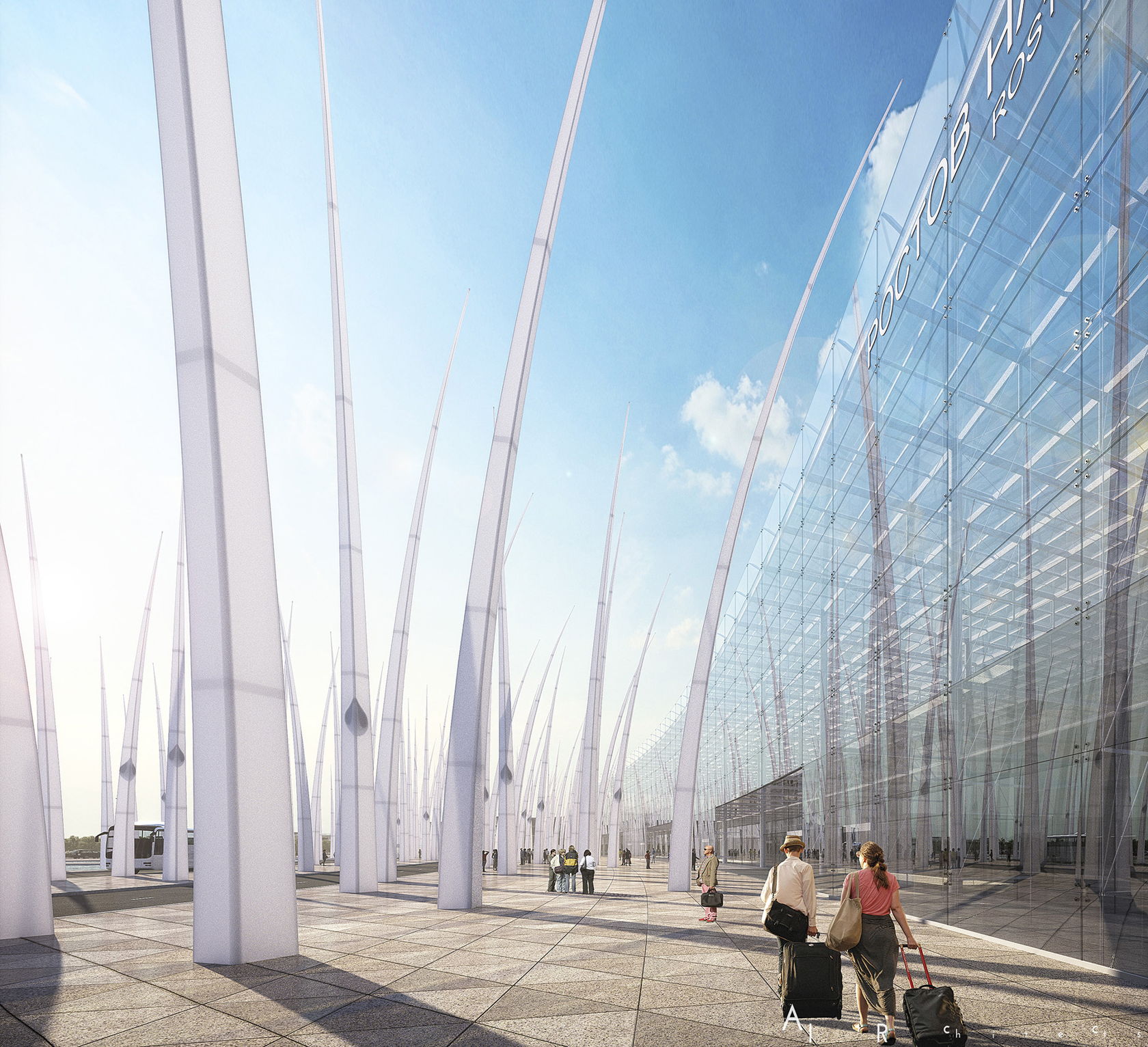 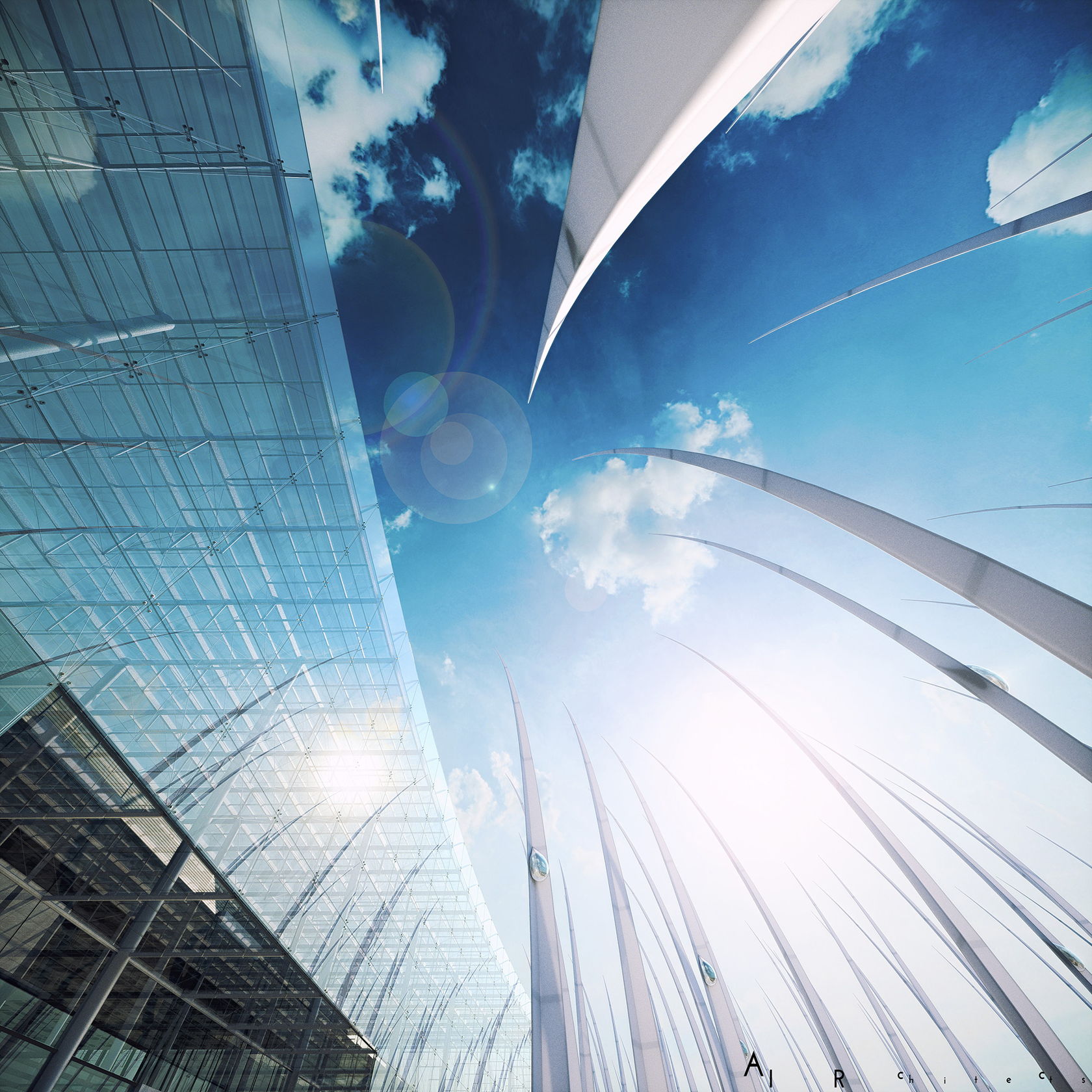 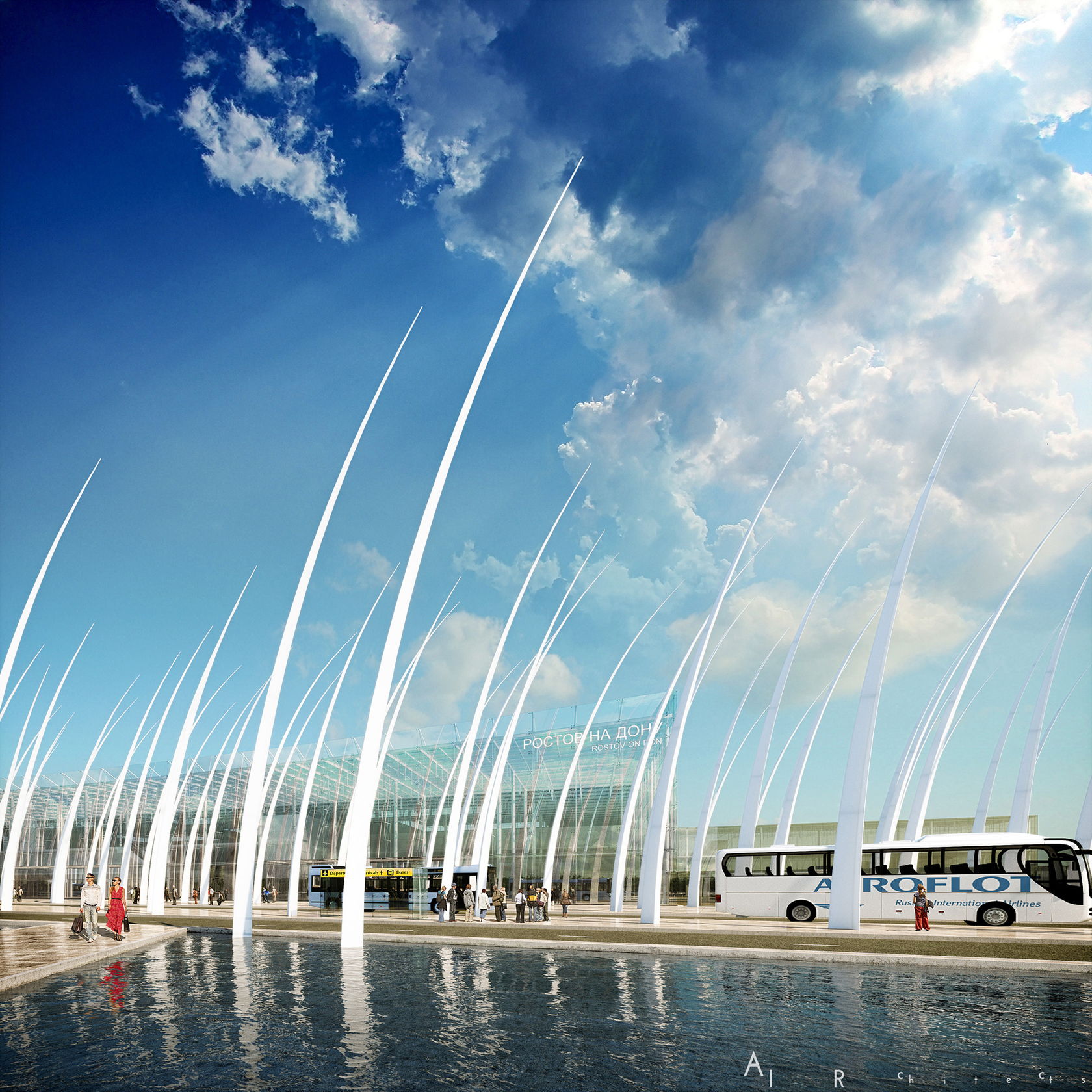 From an architectural point of view every airport should have two main advantages: be comfortable for passengers and have a spectacular appearance.

In response to the first criterion, we moved the train station closer to the terminal, connecting them together via a glazed windows transition. This solution saves time and ensures comfort in all weather conditions. We placed the station platform at the ground floor of the terminal, in order not to block the airport building from the access road. The road itself is designed as a large smooth arc, the parking area includes green and walkways as we think that the area in front of the airport should be big, open and enjoyable. Beside the two entrances for buses and cars we made a third entrance for taxis. The terminal is located near several office buildings, thus it will dilute the flow of cars to the offices and to the airport.

Designing the exterior of the building, we wanted to create a remarkable and calm image with the laconic beauty, ease and breadth of celestial space. A large installation in front of the terminal in the form of long "blades" - is the best the idea of a tangible air. The construction objects design is very simple - round metal pipes, mesh panels and LEDs inside. The "grass" creates an indescribable atmosphere partially penetrating into the interior and makes the airport "alive".

Another advantage of this project is the admission that the terminal building itself becomes the background and does not require any large-scale investments. According to our project, this building represents a large space filled with natural and artificial light, with a glass facade and a partially glazed roof.

The minimalistic and carefully thought-out interior helps in navigation. Neutral finishing does not distract attention from the guide color labels on the floor (for the visually impaired passengers are provided some tactile tiles) and information boards, which are located at an angle and don't glare. Taking into account the needs of people with disabilities, passenger lifts and escalator are moved to the reception area as close as possible. Entrance lobbies are greatly expanded in order to avoid the crowds.

The modular design of the terminal allows to be expanded without disturbing appearance in the future. The lack of sophisticated and expensive technologies in the implementation of the project will greatly simplify its development.